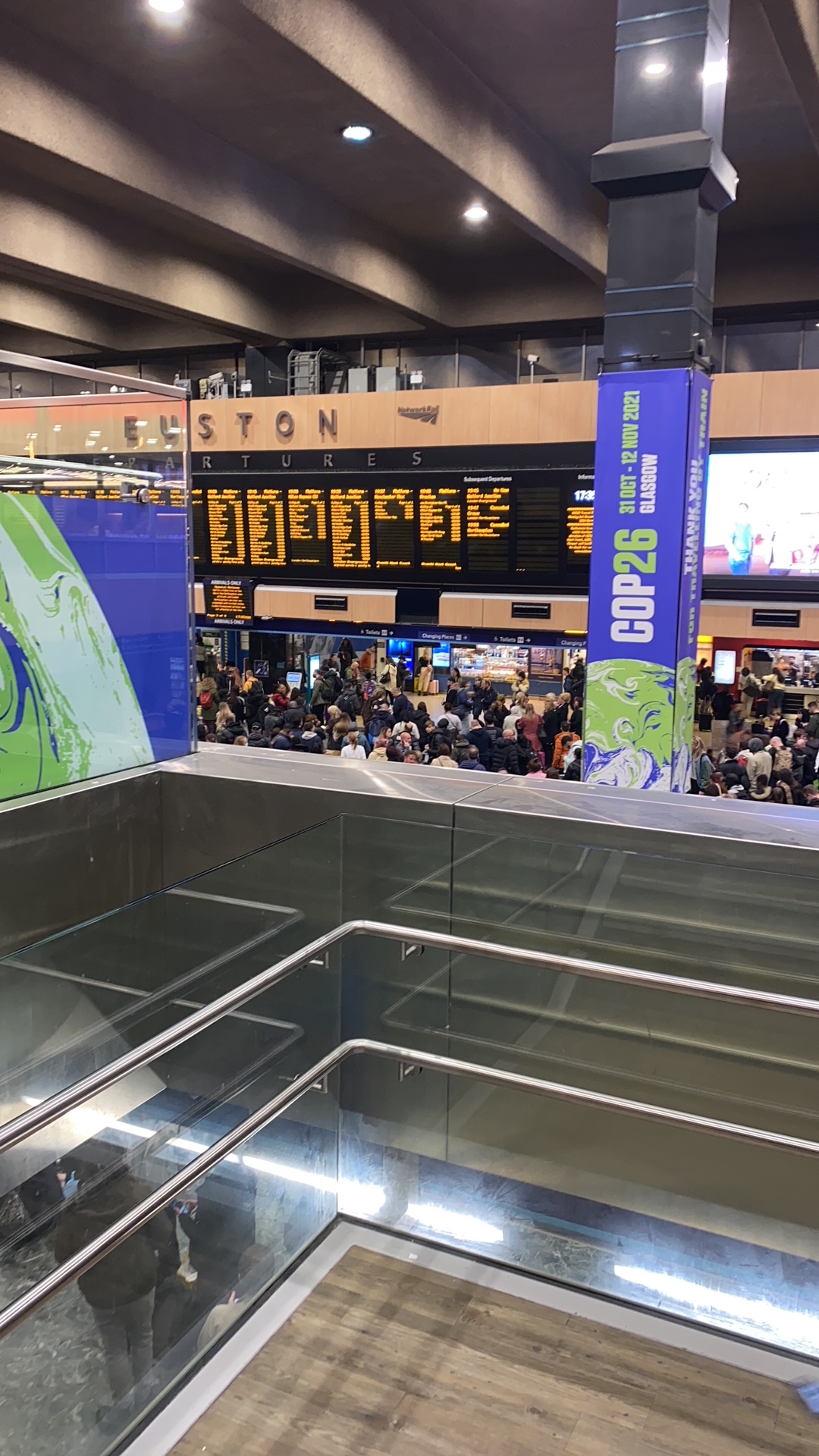 For the thousands of passengers stranded on the Euston concourse last night, the triple whammy of fallen trees, storms and signal failures proved one big trick.

The one thought that crossed my mind as I attempted to see my friend off to Manchester at 18.00 was: “What did Greta Thunberg make of our railways when she travelled this morning to Glasgow?”

Well thank G-d she was spared the pandemonium later that evening. Otherwise the answer would have almost certainly been: Complete carnage – a showcase for zero resilience across the national network.

Lack of police, cafes and shops mostly closed and people swapping pillows for concrete pillars as they prepared to stay the night at Britain’s fifth largest railway station.

As many of her scientific and environmental colleagues failed to even leave the capital, my heart went out to the countless young families, squealing babies and desperate mothers in despair.

While frantically searching for a train that would go further than Watford Junction, I bumped into another Mancunian who told me he had been turned away twice from rammed trains heading north.

And it wasn’t just the overhead lines in Crewe and Northampton which were in need of an emergency repair, the lines of communication warranted an urgent fix.

As COP-26 adverts flashed up on the billboards declaring “no time for delay”, information was scarce both online on the National Rail app and in the station, and visitors to the all important climate summit found themselves resorting to other less-green ways to travel, with National Express coaches and flights all getting fully booked.

Apart from the passengers, my sympathies were with the few members of staff to be found in the station who were swamped with customers and besieged with abuse, informing people through no fault of their own, that the 19:27 was definitely departing the second it was cancelled on the departures board.

In the grander scheme of things, those of us who frequent the West Coast mainline know, despite my headline, that this nightmare isn’t just for October 31, but an all too familiar experience, the norm week in week out.

It’s so normal that it isn’t even news anymore.

The worse thing is that, just when we need more reasons to use rail over air, the incentive to do so is declining.

And as if cancellations and overcrowding trains weren’t enough of a deterrent, the Chancellor even gave aviation a helping hand last week by slashing Air Passenger Duty on domestic flights.

It marks a sharp contrast to policy across the Channel, where in France domestic flights are now banned where high speed railway links are available.

Let’s just hope the talks in Glasgow make more progress than trains did from Euston last night, and that at what the prime minister has labelled “one minute to midnight”, we haven’t started as we mean to go on.