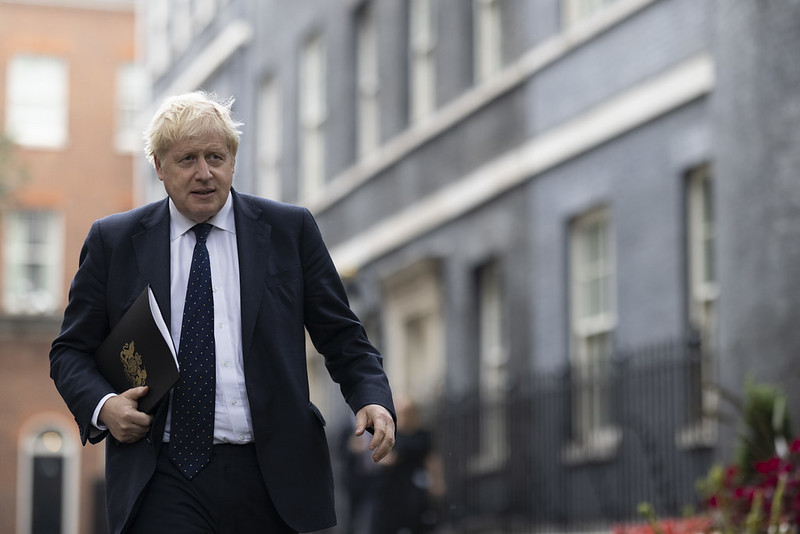 Well it didn’t take too long. Only 37 months after Tory MPs last turned on their leader, we’re discussing the prospect of another ‘no-confidence’ saga, maybe imminently, in May post local elections or by the end of year.

But May’s downfall was her flagship policy and centrepiece of the disaster 2017 election campaign that saw her squander her predecessor’s majority, not her own personality. The worse thing she had done wrong is run through a wheatfield.

Johnson in contrast has an extensive back catalogue of unforced errors, from labelling Burka wearers as “bank robbers and letter boxes” to his now infamous speech to the CBI in which he made car noises, lost his place for 20 seconds and went off on a tangent about Peppa Pig world.

For his supporters, the gags and mishaps are of course all part of the Boris charm. Meanwhile Johnson’s critics were decided well before the Partygate scandal kicked off. Some had made up their minds as early as 2004 when he was dismissed from the shadow cabinet for lying about an affair, or a year later when he said voting Conservative would ‘make your wife’s breasts bigger’.

But the first half dozen or so of Tory MPs to break ranks and call for their leader to go are a good cross-section of the parliamentary party, representing a mixture of seats. Unlike most political policies, Covid rules have, for fairly obvious reasons, garnered wide acceptance. Many of those MPs who backed Brexit have since been the most critical of lockdowns and face masks (Steve Baker, Andrew Bridgen etc) but still join those who supported restrictions in calling for those responsible for breaking them to be held accountable.

Just as intriguing as the prospect of a third Prime Minister in six years is the 1922 process itself. Although 54 (15% of Tory MPs) need to call time in order to trigger a vote of no confidence, over three times as many – 181 – are required to oust Johnson and launch a leadership contest. This is a tall order given that the ballot is usually held hours not days after reaching the threshold. Cast our minds back to the move against Theresa May in December 2019. Twelve hours after reaching the required number of letters, only 117 (of a possible 317) voted to remove her from office.

But May, unlike Johnson, had the advantage of being a lifelong party member and was seen as a steady albeit dry figure. Johnson, who formed part of the effort to end her tenure, commands little such loyalty. His critics are varied, from lockdown sceptics and Brexiteers to MPs from more liberal fractions, both senior rebels and those first elected in 2019 in so called ‘red wall’ areas.

It is perhaps the 2019 delegation that represent the largest warning shot the Prime Minister. On paper they should be the most loyal. They won their seats thanks to Johnson and his pledge to ‘Get Brexit Done’. But on the other hand they represent areas, that having turned blue for the first time in decades, are at most risk of turning back.

They aren’t the only issue. In a previous article I discussed how division lists showed that despite disgruntled constituents on issues such as free school meals and party sleaze, red wall MPs were still less inclined to vote against the whip as their experienced ‘true blue’ counterparts in areas such as Wycombe or Hazel Grove.

It’s striking therefore that so many MPs who have rarely or never defied the party line on policy now start plotting against Johnson. Before his rather sudden defection to Labour before Wednesday’s PMQs, Bury South MP Christian Wakeford had only voted against the government on six occasions, most notably twice on Covid restrictions and for the Trade Bill clause against deals with countries accused of genocide, in reference to the situation in Xinjiang.

The question is, if Wakeford, as he said in his statement, was so discontent with government policy and felt it wasn’t serving his constituents, why had he not voted against it more often? We may have found the answer to that this week, with fresh allegations, including some from Wakeford himself, that government whips are using heavy handed tactics and threats of withdrawing funding to keep MPs from straying the line.

But it seems that on internal party confidence in the leader it’s a different issue. With the rise of the so called Pork Pie Putsch, it seems the anonymity of letters to the 1922 committee and any possible vote of no confidence is encouraging some members to attack under that shelter.

Let’s have a look at who has called time on the Johnson premiership so far (will keep updating).

So far five Tory MPs have indicated that they have put pen to paper (or key to computer) and submitted letters of no confidence:

Andrew Bridgen (North East Leicestershire) – The Brexiteer and Boris backer in the 2019 Conservative leadership election was the latest Tory figure to write to Sir Graham Brady. He published an article in The Telegraph last Friday saying that the Prime Minister should resign in order to protect his legacy of delivering Brexit and getting through Covid.

Sir Roger Gale (North Thanet) – Possibly one of Boris’s staunchest critics, he revealed that he originally submitted his letter of no confidence back in May 2020, following Dominic Cummings’ trip to Barnard Castle. In multiple interviews with the BBC he has said his letter to the 1922 has been recently ‘refreshed’.

Caroline Nokes (Southampton) – Nokes was one of the 22 MPs who had the whip withdrawn in September 2019 for backing a move to block a No-deal Brexit. On Wednesday she indicated that Johnson was “tarnishing the Conservative brand”.

Douglas Ross (Moray) – The leader of Scottish Conservatives quickly gained the support of the vast majority of Tory MSPs in Holyrood after calling for the PM to go, but was also branded a ‘lightweight figure’ by Leader of the House Jacob Rees-Mogg.

William Wragg (Hazel Grove) – The vice chairman of the 1922 Committee is a regular parliamentary rebel. His seat, Hazel Grove, was a Lib Dem area and remains one of their key targets.

Three more MPs have called for the Prime Minister to resign, but have yet to say whether they have sent off a letter of no confidence:

Tim Loughton (East Worthing and Shoreham)– Another Brexiteer who declared the party over on Saturday, suggesting he would have no choice but to act if Johnson fails to stand down of his own accord.

Tobias Ellwood – The Bournemouth East MP, an outspoken rebel on a number of issues including Covid restrictions and Huawei, has yet to submit a letter of no confidence but on Friday called on the PM to either ‘sort it out or leave’.

David Davis (Haltemprice and Howden) – The former Tory leadership contender made a dramatic intervention during Wednesday’s PMQs, invoking a 1940 quote by Leo Amery to then Prime Minister Neville Chamberlain: ‘You have sat there too long for all the good you have done, in the name of God, go!’. He later clarified however that he hadn’t written to Sir Graham Brady.