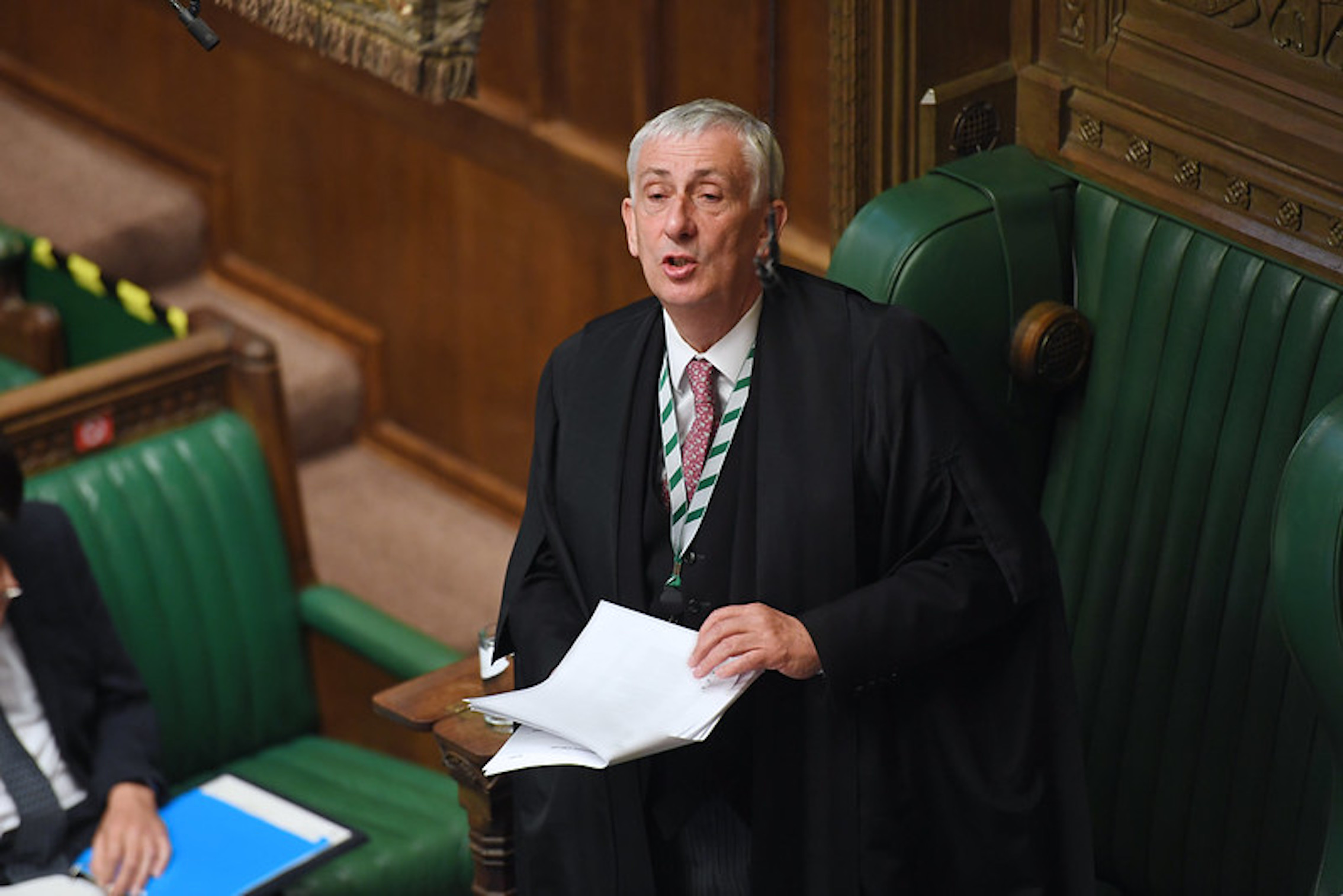 “If I were a politician, no more bread on mars, give the people prizes, more more rises, I’m in charge!”

You have to feel sorry for the Speaker of the Commons, Sir Lindsay Hoyle.

Amid the parliamentary “mishconduct” at last Wednesday’s PMQs, Hoyle tried his best to keep order, even invoking the late Sir Bruce Forsyth and his famous song and catchphrase: “I’m in charge!”.

It seems the Guinness World Record-breaking entertainer and former presenter of Strictly Come Dancing would have gained more respect from the chair.

It was as recently as 2019 that the Speaker position was the face of the Commons, thanks to the unparalleled charismatic figure of John Bercow.

Bercow’s cries of “Orderrr!” and “Mr Peter Booone!” were for ten years the cornerstone of British politics and even the subject of viral videos in China.

Since being dragged to the chair two years ago, Hoyle has struck a markedly lower-key than his predecessor. Not only has he turned the volume down by about a hundred decibels, his tenure has so far been characterised with a more cautious, almost clerical approach to refereeing.

Hoyle has made a real point of sticking to the script. Quite literally sometimes. Particularly during the pandemic, when he would read out word-for-word at the end of every item on the agenda: “In order to facilitate the safe departure of Honourable Members leaving this item of business, and the safe arrival of Honourable Members for the next item of business, I’m suspending the house for three minutes”.

He takes no risks with the dress code either. Having ditched the signature Bercow ‘half on half off’ gown, Hoyle may be the first Speaker to be characterised by the Parliament lanyard.

This period of calm neutrality may have been much welcome for the politicians. Bercow’s theatrics, however colourful and fun to watch, regularly rubbed MPs (mainly Tories) up the wrong way, saw him questioned over his impartiality when he ripped up the rules and broke precedent, and even become the subject of bullying allegations.

But for all his boisterousness and occasional arrogance, the former Conservative and MP for Buckingham was a true ambassador for the green benches. From calling as many backbenchers as he could during ministerial statements, allowing spontaneous ‘points of order’ and granting emergency Standing Order 24 debates, he did what the umpire has to do, back the legislature and knock the government into shape – in the chamber at least.

Sadly his reward for all of that was leaving his parliamentary career minus both his party and a peerage.

Hoyle rightly stood and was elected on a platform of restoring order and dialling down the rhetoric. The trouble is, removing the controversy from the chair has only invariably improved the reputation of the House itself, a fact that Hoyle conceded himself yesterday.

Unfortunately Hoyle rather resembles a low authority supply teacher supervising over an out-of-control class. And with wayward pupils like the Prime Minister running rings around anyone who lets him, it’s no wonder he struggles to crack the whip as well as Mark Spencer.

PMQs regularly has all the signs of a chaotic cover lesson. The regular teacher is absent, leaving the bullies, ie Boris, to run riot. Teacher Hoyle calls for order. He gets it – for five seconds until the next round starts. When bully Boris strikes again, Teacher Hoyle is looking the other way. The usual snitches pipe up: “Sir, he just said ‘misconduct’!”. “Well don’t do it again.” says Teacher Hoyle. After which model student Boris promptly answers back that he said “mishconduct”.

Hoyle struggles when it comes to dishing out the punishment, in part due to the lack of statutory powers conferred onto him.

As the Speaker, he is able to “name” disruptive members, but the final say on whether they are removed from the House sits with members themselves – and by extension, the Government when it has a Commons 80-seat majority, as it does now.

Then there is the Standards Committee, which investigates severe breaches of conduct. But again it’s the Commons who have the final word on its decisions, once again giving the Government and Prime Minister full power to overturn or challenge them, as was attempted in the case of Owen Paterson.

The Speaker therefore has very few, if any avenues left in the way of disciplinary enforcement beyond calling for order.

In normal circumstances with trustworthy people in office this should work. But the sad truth, as Hoyle proves nearly every week, is that you cannot get this government to behave with simple pleasantries.

No matter how many times he politely requested the Matt Hancock during the pandemic to not brief the media before addressing the Commons, the former Health Secretary would do so anyway, week in week out. Hoyle’s threats of “running him ragged” were always taken as empty.

Hoyle’s seemingly unflappable patience is well admired and his office not envied, but to command a real presence and maintain discipline, a speaker has a to find his voice.