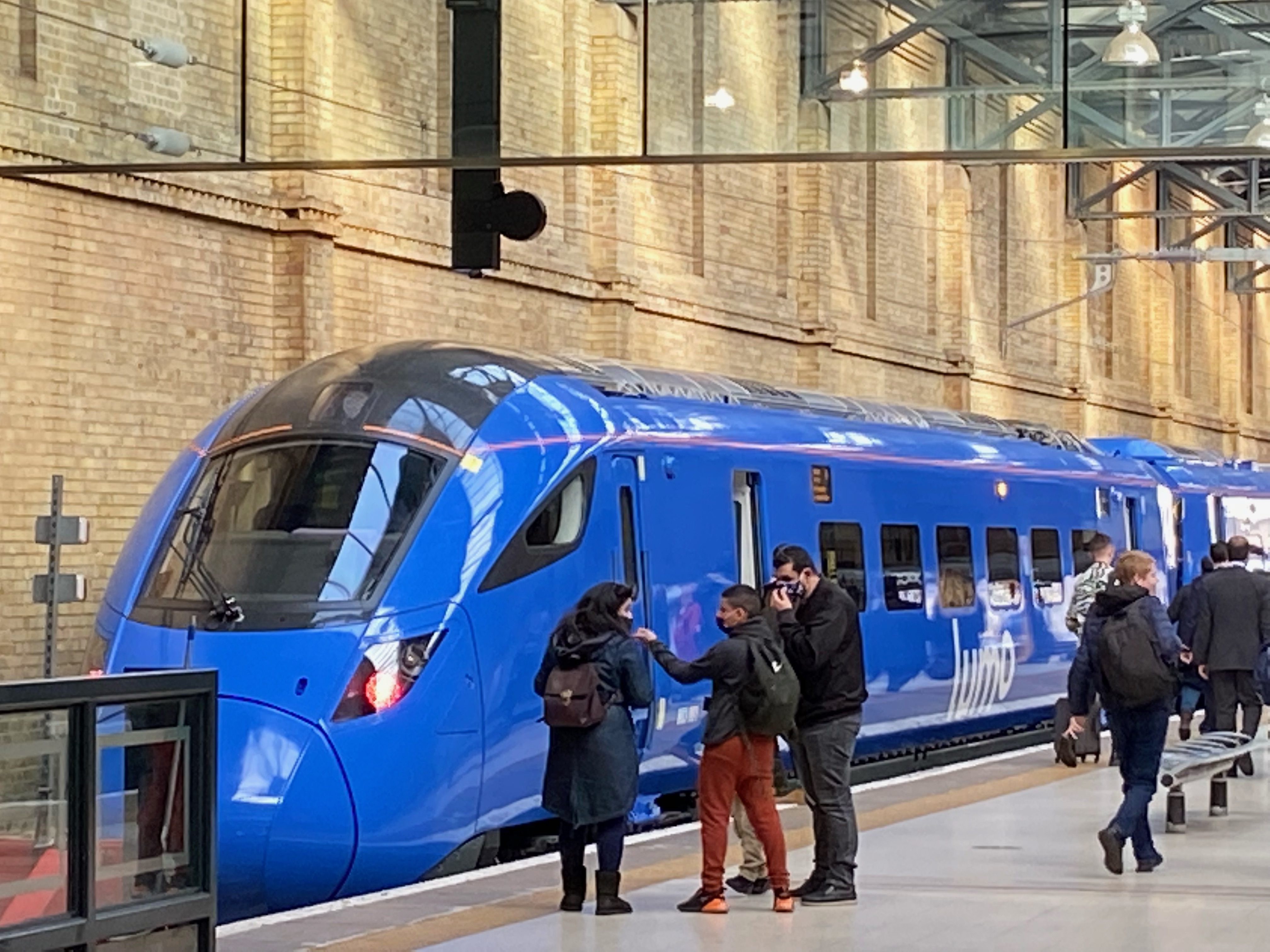 London King’s Cross. Monday 10:34am. Platform 10 (the closest practicable alternative to 9 3/4). No it’s not a steam powered Hogwarts Express, but a brand new electric Lumo train.

As the first five-carriage reduced fare service left the station at 10:49, so did the curtain raise on a new era of rail competition.

The newest “open access” operator will operate two return trips between London and Edinburgh with calling points at Newcastle and Morpeth, increasing to five pairs of journeys in 2022, in direct competition with Government owned LNER.

And as a sure sign of things to come for no frills rail travel, the first week of services were all fully booked, with tickets unavailable on both the website and National Rail as early as Friday.

But while Lumo is new to the railway, it’s owner FirstGroup is a familiar face on the national network through its existing brands Great Western Railway, South Western Railway, Transpennine Express, Avanti West Coast and open access operator Hull Trains.

The backdrop here, the East Coast Mainline, has hosted successive franchise failures over the last two and a half decades. Since privatisation in 1997, the line has seen three companies collapse.

The first casualty was Sea Containers owned GNER which after its first 8 years overbid for its second term and was stripped of the franchise in 2006. Next came Britain’s largest coach operator National Express, which promptly pulled out in 2009 after a two year stint. After five years in public ownership the baton was passed to Virgin Trains, but not even Richard Branson could replicate his West Coast success story and the line was re-nationalised by transport secretary Chris Grayling in 2018, thereby taking up its current incarnation, London North Eastern Railway.

But unlike its predecessors, the Lumo launch brings with it an air of freshness and innovation. Ahead of the COP 26 climate summit in Glasgow next week, it’s keen to push the green button as its USP, starting with its brand new fleet of 5 100% electric Hitachi built Class 803 trains, each with five carriages, packing in 400 seats and fitted with air conditioning.

Lumo also has a sustainable food offering, with waste pre-ordered waste free meals delivered to seat from well known brands such as M&S and Upper Crust, complimentary by onboard trolley service complete with plant-based and vegan options.

Services are all single class with free wifi and passengers are able to choose from a variety of entertainment services via the LumoGo app. And if lugging heavy bags across the station is not your thing, Lumo will even courier your luggage door to door for a fee.

Which brings us to the price. Lumo’s lowest fares are nearly half of that of its rival LNER starting at £19.90. However to get the full benefit one needs to book well in advance, as busy Lumo trains (they only operate twice a day) can become more expensive their quieter LNER counterparts. Despite competing with one another, both LNER and Lumo tickets are available on each others websites so comparison is relatively simple.

To make up this price difference, Lumo has an army of methods to drive down costs. Tickets are only available online with a simplified price structure offering a choice between reduced “LumoFixed” Advance and flexible fares. Space is economised on trains by swapping galleys for more seats.

FirstGroup’s optimism for the low cost rail model is undoubtedly inspired by its success on the continent. As early as 2013, French state operator SNCF unveiled high speed budget subsidiary Ouigo to compete with airlines, selling over a million tickets in its first six months. Earlier this year it was handed a further boost following a government move to ban domestic flights where rail alternatives exist and has since commenced international services. In neighbouring Spain, the national railway company, Renfe, has launched no frills AVLO (Alta Velocidad Low Cost) services.

Lumo is therefore the latest development in a new trend. Since the large scale deregulation of airlines in the 1990s and the birth of cheap flights and air travel, Europe’s railways have remained comparatively expensive thanks to the dominance of both state and private monopolies. An average Easyjet flight to Paris is still half the price of the same journey by Eurostar.

But with increasing cost efficient alternatives and steep emissions targets piling the pressure on polluting aircraft, it may not be long before Openskies becomes Openrails.