Local elections: What are the new Westminster Council ward boundaries? 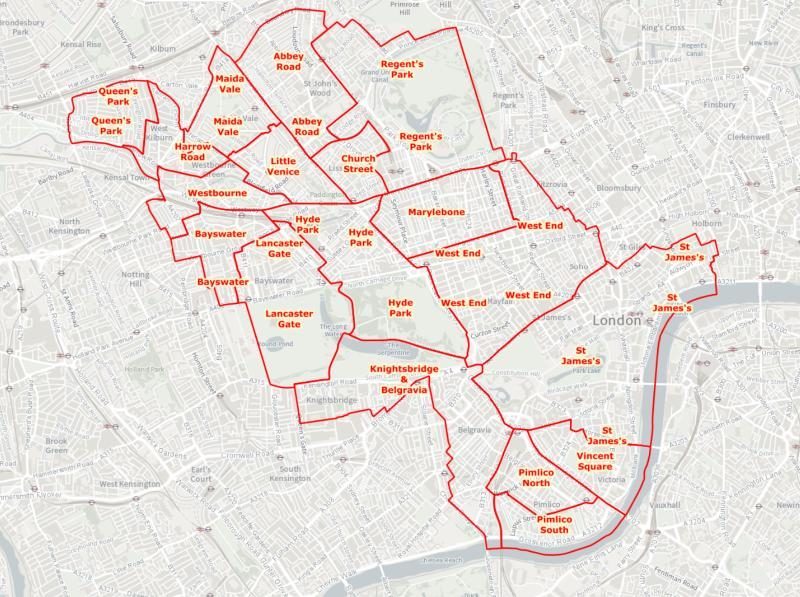 Local elections in Westminster scheduled for May 5 will be contested under new boundaries.

Council wards were redrawn in 2020 by the Local Government Boundary Commission for the first time since 1999.

The changes will also see the size of council reduced by 10%, with 54 councillors returned instead of 60, elected from 18 wards, two fewer than previously.

In one of the largest boundary changes, Marylebone will be represented by a single eponymous ward, while Hyde Park, currently represented by the Kensington and Belgravia ward will be split into three different areas.

There will also be an expanded Regent’s Park ward comprising of part of the former neighbouring Bryanston and Dorset Square, and Abbey Road areas.

You can view an interactive map of the current boundaries and their changes here.

2 thoughts on “Local elections: What are the new Westminster Council ward boundaries?”