Soho streets cordoned off as Police deal with gas leak 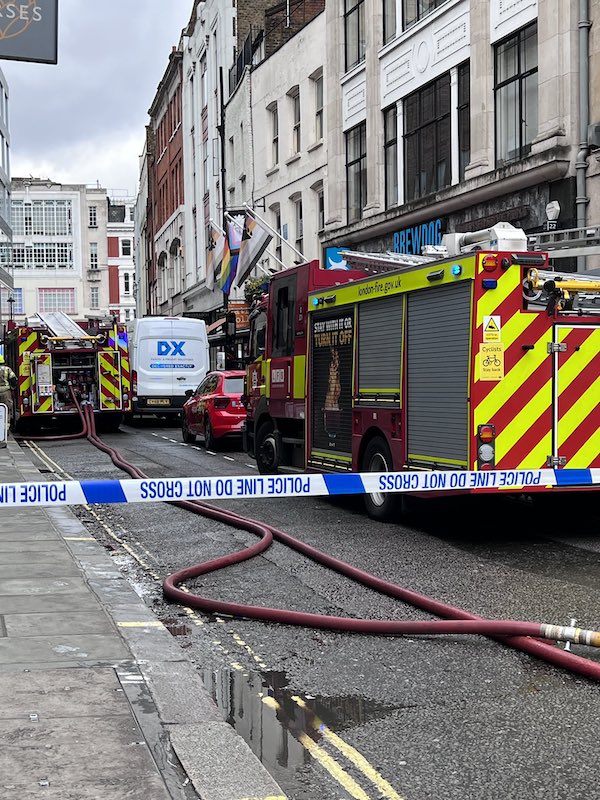 Several roads in Soho were cordoned off by police earlier today in order to deal with a gas leak on Poland Street.

Police and firefighters attended the scene at 1.05pm shortly after the incident was reported.

Around 400 people were evacuated from nearby buildings at 1.20pm shortly after the incident was reported, and several roads were closed including Oxford Street, Berwick Street and Wardour Street.

Berwick Street, Oxford Street and Noel Street have since reopened, but Poland Street remains closed while engineers fix the leak.

The Met Police issued a statement at 2.12pm saying that officers continued to be on the scene.

The London Fire Brigade later put out a statement, confirming that the cause of the leak was a ruptured gas main.

It said: “Firefighters were called to reports of a gas leak at the junction of Poland Street and Noel Street in Soho this afternoon.

“A gas main at ground level has ruptured. Crews worked with gas engineers and the supply was isolated.

“The brigade was called at 1304 and the incident was over for firefighters by 1450, but crews remain on scene standing by while gas levels reduce.

“Two fire engines from Brixton and Kensington fire stations were in attendance.”