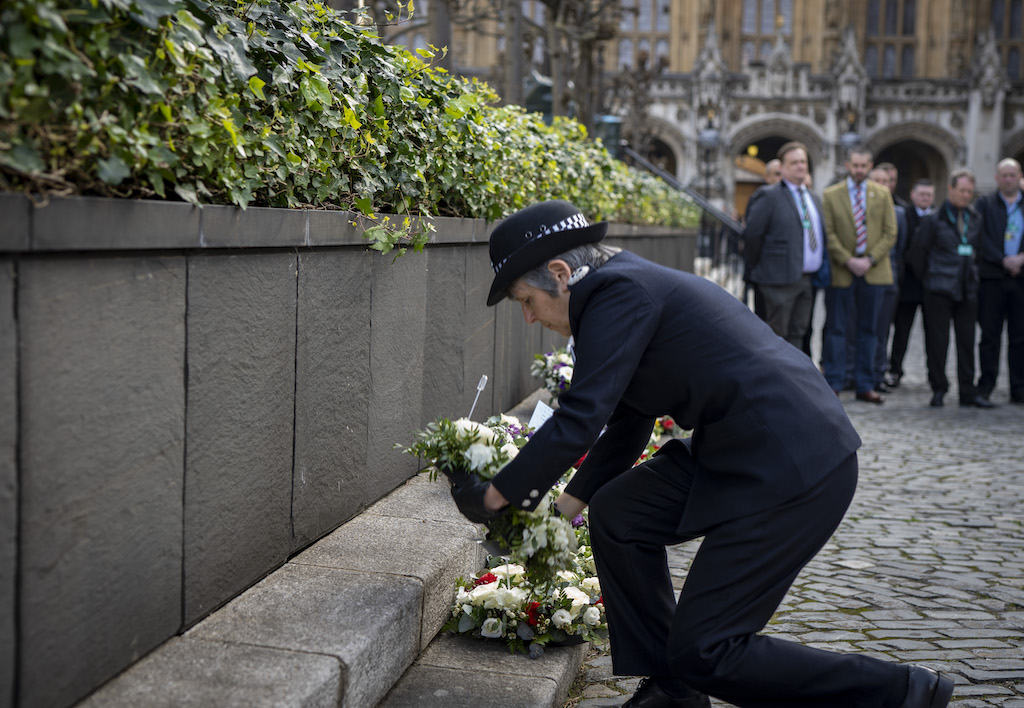 Today marked five years since the terror attack on Westminster Bridge in March 2017.

Politicians and members of the emergency services came together to mark the anniversary of the terror incident, which claimed six lives and left 49 injured.

A plaque dedicated to the victims of the incident was unveiled today on the bridge in addition to a commemorative service at St Margaret’s Church at Westminster Abbey.

Council leader Rachael Robathan tweeted this morning: “Our thoughts are with the family and friends who suffered loss following the horrific terrorist attack at Westminster Bridge.

“Today’s dedication of a plaque at Westminster Bridge is a fitting tribute and ensures their memory is part of our City forever.”

Members of the Met Police, including Commissioner Dame Cressida Dick also attended the service to remember PC Keith Palmer, 48, a Parliamentary and Diplomatic Protection officer who died as a result of the attack.

Ms Dick said: “As we mark the fifth anniversary of the Westminster attack, it is right that we take time to remember all the victims who lost their lives on that dreadful day.

“Today the thoughts of the entire Met Police are with the families and loved ones of those who died, as well as the many survivors of this terrible attack, including members of our own Met Police family.

“Sadly, the threat from terrorism remains. However we are inspired by the courage displayed on that day by so many people.

“It is the memory of the victims and the survivors of all the attacks that drives us in policing to continually improve, so that we can do all we possibly can to prevent further attacks from happening again.”

The anniversary comes at a difficult time for the Met, amid findings of “failings” within a report published today by HMIC, the police watchdog, and the backdrop of Operation Hillman, the ongoing probe into Downing Street lockdown parties.

Today’s memorial has also seen survivors of the attack call for more support for victims of terror attacks, both here in the UK and abroad.

Travis Frain, who suffered injuries during the incident, was involved in research for a document called the Survivors’ Charter.

Speaking to BBC breakfast, he said: “In the aftermath of the attack in which I was involved, I didn’t feel the support we received was sufficient in any way.

“The survivors’ charter is the result of research of myself and many other survivors of terrorism have done into eight different nations, to find the best practices in ways in which they support victims of terrorism.

“The goal of which is to provide the government with eight key tenants which affect victims the most.”