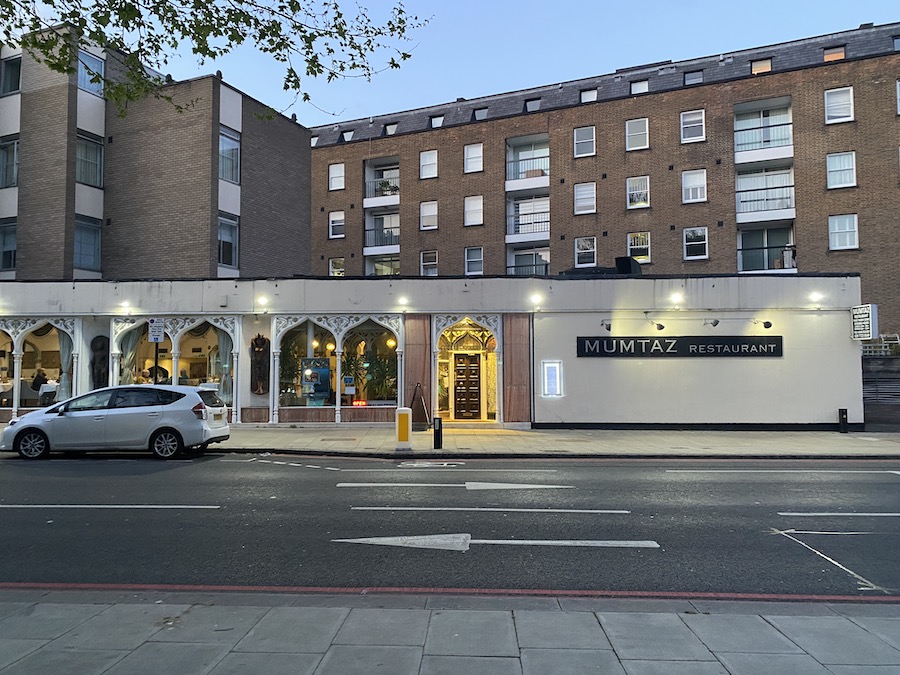 Mumtaz, on Park Road near the Regent’s Park, received a food hygiene rating of zero, the lowest possible score, after mice droppings were discovered in the kitchen and food handling procedures were deemed poor.

The inspection, carried out on March 12, uncovered that basic hygiene protocols were not being observed such as hand washing after smoking, using the toilet and taking breaks.

A hygiene report obtained by Westminster Times said: “During the inspection mice droppings were noted on the floor in the kitchen and dry storage room.”

It added that pests had access to the premises via the external fire door which was left open, and found the cleaning unsatisfactory, including on surfaces and walls.

“The tile floor covering in the kitchen was dirty and greasy, especially at floor/wall junctions and behind or below equipment.”

The report also identified a chest freezer damaged to the point of needing to be replaced. It added that the freezer, refrigerator, washing up sink, kitchen cooker, cutting boards, microwave and bar drink fridges were all unclean.

Westminster City Council inspectors listed another five issues with hygiene procedure that required immediate action. The kitchen wash hand basin was “not in regular use” and was being used to store gloves.

Hazards were found in food preparation. The report detailed “significant risks of cross contamination”, including cooked and raw chicken being cut on the same boards, spoons being left in ready to eat foods and cooked potatoes and sauces being stored at room temperature.

It said: “High risk food items were kept at room temperature. Staff members are not recording temperature for cooked, cooled and/or reheated food items as specified in the food safety management system.”

A separate issue was also raised regarding not declaring a soya bean vegetable oil as Genetically Modified on the menu, a legal requirement.

Mumtaz is not the first Indian restaurant in Westminster to have experienced hygiene problems in the kitchen. The Gaylord restaurant on Mortimer Street, Fitzrovia was served multiple food hygiene notices due to an infestation of cockroaches. The iconic restaurant closed for good in 2019 after 53 years in business.

Mumtaz told Westminster Times that they had since made “all the improvements” requested and that the restaurant was inspected again “a few days ago”.

It said: “It was unfortunate that at the time of the original inspection, a new member of staff was there who couldn’t fully explain the procedures and was unaware where the documents were. We’ve had a constructive conversation with the food inspector and the information she requested was emailed across.

“We’ve been working really hard to rectify issues raised and will continue to do so. It’s been a really tough two years for us and we’ve made a real concerted effort to improve, including staff re-training.”