Marble Arch Mound would save £200k if demolished early 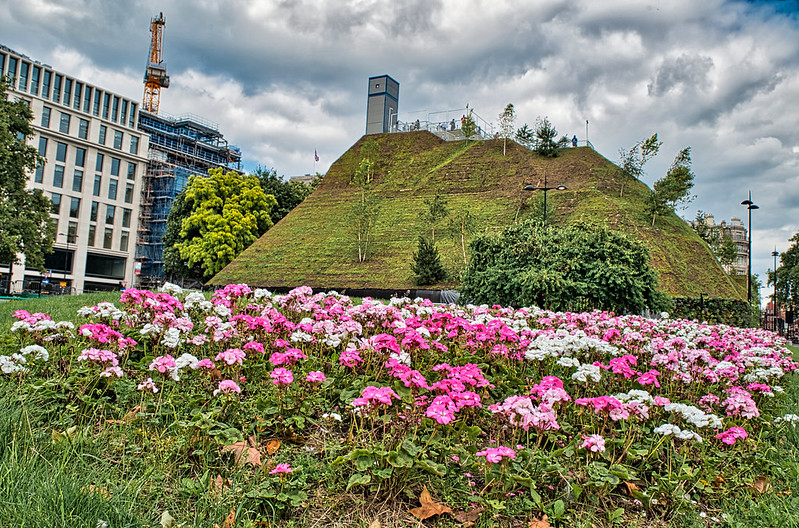 The infamous hill would save around £200,000 in operating costs if dismantled within a month, the council has said.

The figure was quoted at an extraordinary scrutiny committee meeting last night in response to a request to close the attraction “as soon as possible”, currently scheduled for January 10.

The £6 million mound has been the subject of widespread criticism since it opened prematurely in July, failing to resemble original artistic impressions.

The attraction, which was since made free of charge and led to the resignation of the council’s deputy leader, but the council is insisting on sticking to the original date, citing large visitor numbers to the Oxford Street district and the 40 jobs created by the mound.

Addressing the scrutiny committee council Executive Director of Growth, Planning and Housing, Debbie Jackson, who was partly responsible for delivering the £150 million Oxford Street District programme, said: “The savings would be isolated to the operator’s contract which would amount to £200,000.”

The mount could close at the end of November at the earliest if the one month notice period was served to the operators, although it was acknowledged that it is not always possible to “flick the switch”.

Jackson also indicated that there was no guarantee that the any of the £4.5 million spent on scaffolding and shrubbery could be saved.

Despite describing the project and its management as having a “devastating impact on our organisation”, executives insisted that its closure would not be accelerated.

He said: “Closing the mound immediately is unlikely to reduce any costs and what it would certainly do is reduce the number of visitors to the area.”

It was revealed that executives weren’t aware of the structure being unready for operation at the end of July because there was no evidence that they had visited the mound from when it was topped out on June 21 until before in opened a month later, nor that they were directly informed of the change in budget or the decision to use sedum plants.

On whether she had visited the mound leading up to opening on July 23, Jackson, who was also responsible for 120 other projects, said: “I do regret not being more personally involved.

“I didn’t go and visit the week prior and that was a mistake.”

Despite describing the project and its management as “devastating”, Council executive Stuart Love insisted that its closure would not be accelerated.

He said: “We had to try new things, we had to innovate. We had to work quicker than we had previously and we had to make mistakes and learn from those mistakes.

Questions were also raised about the credentials of the programme director hired, with their CV showing that they had not delivered a similar programme despite working on Edinburgh’s City Centre transformation and Sydney’s Central Renewal District.

Criticising overfamiliar management and ineffective communication between those responsible, Deputy Cabinet Member for Housing, Conservative councillor Susie Burbidge said: “It’s very difficult when you know people by names but you don’t know what their job titles are.

Despite admitting “really damning failures”, Council Chief Executive, Stuart Love stressed the importance of “risky and ambitious” schemes in aiding city’s post pandemic recovery and pointed to the 15 other similar capital expenditure projects in the area which had been successfully delivered and on budget.

He said: “If you look at those other 15 contracts, they were delivered well.

“We had to try new things, we had to innovate. We had to work quicker than we had previously and we had to make mistakes and learn from those mistakes.

“We need to innovate for the sake of our communities. The worst thing that could happen now is that we go down the route of micro-management and we stop delivering new things.”

All quotes here may be subject to statements of clarification or contradiction which will be published in full.